Harry Potter cast his spell.  The world waited on the edge of their seats as The Wizarding World of Harry Potter (WWHP) was set to open. When it opened this new land changed theme parks forever.

Universal Orlando’s Islands of Adventure already offered exciting thrill rides and technologically advanced wonders such as the Amazing Adventures of Spider Man.  But in order to grab more of Walt Disney World’s market share the park needed something fantastic, something over the top, something that played on a classic franchise.  What they decided to do was pretty ingenious.  After romancing the Harry Potter franchise away from Walt Disney World, they decided to take one of the least popular areas of the park and dedicated it to a world that has a massive, worldwide, cult-like following.

Two out of the three rides at WWHP are recycled rides.  What was once Dueling Dragons and The Flying Unicorn is now Dragon Challenge and Flight of the Hippogriff.  The only new, made-from-scratch ride is Harry Potter and the Forbidden Journey.  Unfortunately, it is something I cannot ride, but I have seen plenty of videos and ride specs to know it is truly a marvel.  The famed Three Broomsticks quick service restaurant is the former Enchanted Oak Tavern.  It’s genius!  Take existing infrastructure and with a little magic make something new and immersive.  The details throughout Hogsmeade are spectacular.  I cannot wait to visit this area in the fall or winter when there is a chill in the air.  It is difficult to get into the spirit of things with snow covered rooftops when you are sweating profusely and in need of ice water.

The crowning achievement of WWHP is that die-hard Harry Potter fans love it!  Never before has a world created inside books and movies been brought to life in perfect detail inside a theme park.  When you step into WWHP you really feel as if you have actually set foot inside Harry Potter’s world.  And that is how WWHP changed theme parks forever.  It is no longer enough to bring beloved movie characters to life by way of rides, parades, and costumed characters.  It is time to physically bring those worlds into being.

Disney has answered.  Once upon a time, Disney led the way.  But that is the wonderful thing about capitalism: competition.  We, theme park visitors, get to enjoy the fruits of their one-up-manship.  Disney’s California Adventure has faced an uphill battle.  How challenging it must be to be the sibling park to the one, the only, the original Disneyland park.  Disneyland is the world’s first theme park.  It is the object of adoration for true Disney fans and residents of Southern California.  However, when Disney’s California Adventure was built its greatest enemy was then CEO Michael Eisner.  Budgets were cut.  Wonderful, imaginative ideas were scaled back or cut altogether.

Thankfully, under Bob Iger’s leadership, the second California park has undergone a five year, multi-million dollar makeover.  The finale of the makeover is Disney’s answer back to WWHP: Buena Vista Street and Cars Land.  Buena Vista Street is a beautiful tribute to the Los Angeles of the 1920’s, the land of opportunity that a young Walt Disney sought out.  My fear, when I first heard about Buena Vista Street, was that it would simply be a copy of Disney’s Hollywood Studios main entrance.  Although the turnstile area is the same, Buena Vista Street offers so much more.  It is full of fantastic tributes to Disney history and is beautifully detailed.

Even more impressive is Cars Land.  This perfect, exact, detail-for-detail recreation of the Cars’ movies’ Radiator Springs takes what WWHP did for theme parks to a new level.  Cars Land is larger than WWHP and has three brand new attractions.  Disney has never done anything like it, at least not in any of its domestic theme parks.  It is extremely impressive and most likely would not be the massive recreation of a movie land if WWHP did not exist.  At this point I will let the photos speak for themselves. 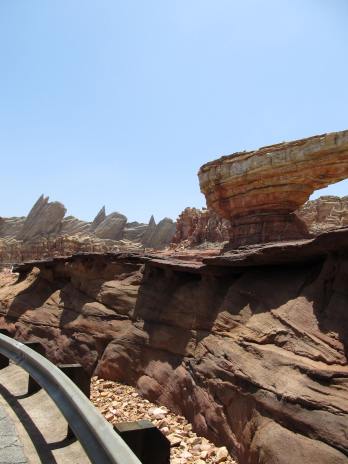 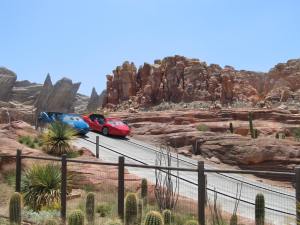 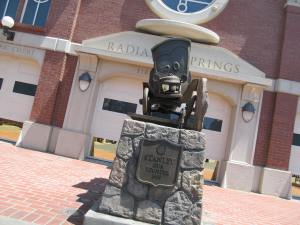 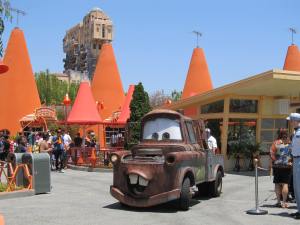 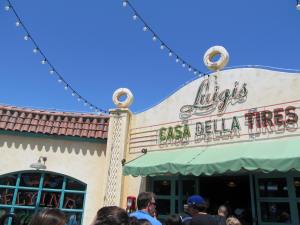 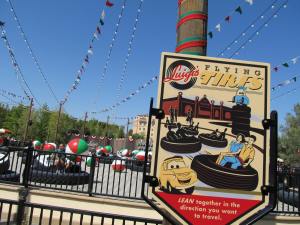 The great news is there is more to come.  Disney answered the announcement of WWHP with an announcement of their own: New Fantasyland.  The most popular land in the most visited theme park in the world is getting a major makeover.  The worlds of The Little Mermaid and Beauty and the Beast will come alive.  A new family roller coaster and an immersive character meet and greet area will open as well.  Here is a great sneak peak at what will open in December.

For Harry Potter fans, get ready for a second helping.  The area formerly known for Jaws at Universal Studios is being transformed into London / Diagon Alley.  Universal has not officially confirmed this, but it seems pretty solid.  The most exciting part for me is the rumor that guests will board Hogwarts Express via the 9 3/4 landing and thus the two parks will be connected.  What a stroke of genius!  That’s how to sell multi-day, multi-park tickets!  Here is a great look at what is most likely to come.

And so we have much to enjoy in the parks now and with more on the horizon.  Thank you Wizarding World of Harry Potter for setting a new standard.  The theme park geek-dom thanks you!