I have a confession to make…. Disney’s Hollywood Studios is my least favorite Walt Disney World park.  I’m just not a “theme parks based on movies and TV shows” type gal.  However, the treat to experience a live musical presented by Encore is something I could not pass up.  This musical is not an attraction you will find listed on the park map nor on the official Walt Disney World website.  It is a limited engagement presented by the talented theatre group known as ENCORE.

Naturally, Encore consists of Disney Entertainment Cast Members, many of whom perform daily at Disney’s Hollywood Studios.  However, there are Cast Members from all lines of business. Encore presents shows a few times a year.  They hold auditions, have their own writers, build their own sets, create their own costumes…. It’s all home grown and impressive.  The most impressive aspect is that all the performers volunteer their time and all the proceeds go to charity. This year’s show is a tribute to the 10th anniversary of Encore entitled “Finding Wonderland”, and it benefits A Better Life Pet Rescue.

I had the evening to myself and that was perfectly fine with me.  A theme park is one of the few places that you can visit by yourself and have a fantastic time, at least in my opinion.  As I began my evening in the park,  I snapped a few pictures of the Villians in Vogue sweet shop because the details are to die for (villainous pun intended). 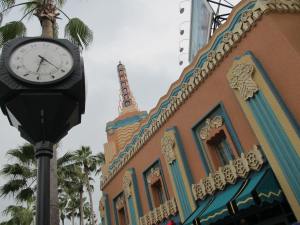 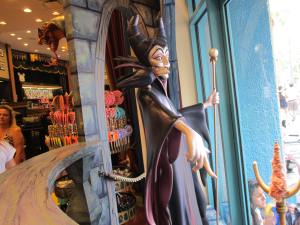 I  had time before the show, what to do, what to do?  How about a visit with the Muppets?  Off to Muppet Vision 3-D!  This is such a fun show.  Definitely a great way to beat the heat without having to wait in a long line. The pre-show area is full of fun little details… 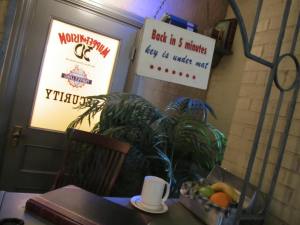 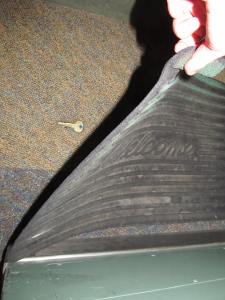 To understand this picture, see the picture above it 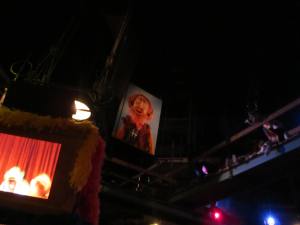 Jim Henson as a Muppet 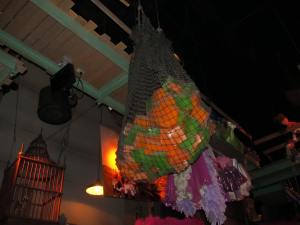 A net full of Jello (say it fast…. it’s a Disney person) 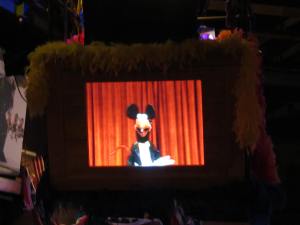 Rizzo the Rat as Mickey Mouse

After enjoying my visit with the Muppets, it was time to go find Wonderland.  Over the years, Encore has grown at an incredible rate.  What once was a few low key shows tucked away backstage in the Walt Disney Theater in Magic Kingdom, now took place in the Premier Theater in Disney’s Hollywood Studios.  Seats can now be reserved online, and park admission is not required to see the show (should you not have park admission, you will be admitted using your ENCORE show ticket and then escorted to the theater).  Since I was on my own I reserved a seat at the end of row, turns out it was a pretty bad view, but I kinda knew it would be when I bought it.

The show was delightful.  There were moments I had tears in my eyes, moments I had goosebumps, and moments I could not contain my applause.  The talent of the entire cast of the show amazed the entire audience.  I had to remind myself that everyone volunteered their time for this, it was akin to having to pinch myself to make sure I wasn’t dreaming.   I am not sure when the next Encore show will take place (“Finding Wonderland” sold out its final performances), but if you want to see some great live entertainment that is all for a good cause, then visit the Encore website before your next Orlando trip and enjoy the show.

I snapped many pictures, but they were not my best work. 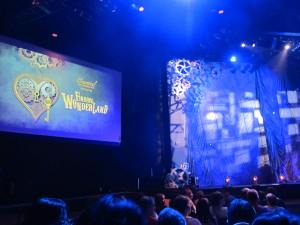 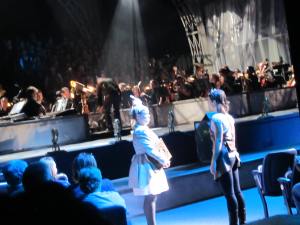 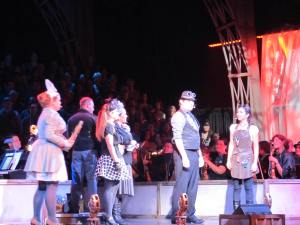 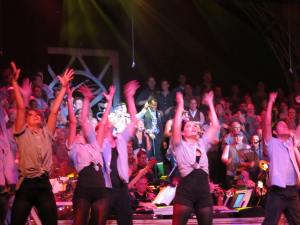 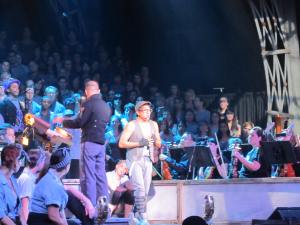