Disney fans rejoice as a long awaited day approaches. In just a few days, January 7th to be exact, the misfit “icon” of Disney’s Hollywood Studios will start to be removed. Not all Disney fans are excited, some are apathetic, but the ones (like me) that are excited are actually really, really excited. So what’s the big deal?

For many of us, the problem we had with the Hat is that it did not fit. In a word: theming. Ok well, theming isn’t technically a word, but the theme park community uses it enough that it should be. Once upon a time the world did not have theme parks, then in 1955 the world was introduced to its first theme park: Disneyland. (Read: Disneyland Resort: The place that started it all still has a magic all its own – one of my favorite Orlando Informer contributions). Thus, many of us hold on to the belief that the Disney company should always be the purveyors of well executed theming.

Theme parks, real theme parks have a central theme, or at least a series of themes, that bind their attractions together. This theme is consistent, layered, enveloping and if at all possible never interrupted. Disney’s Hollywood Studios, as it was known in the early days, Disney-MGM Studios’ central theme was the golden age of Hollywood. And thus, the main crux of our argument is at hand. During those early days when the central theme was the Hollywood that never was and always will be, the park’s main street had an exciting romantic charm as the 1920’s and 1930’s feel of Hollywood embraced park guests complete with a recreation of the Chinese Theater standing proud at the end of Hollywood Blvd. 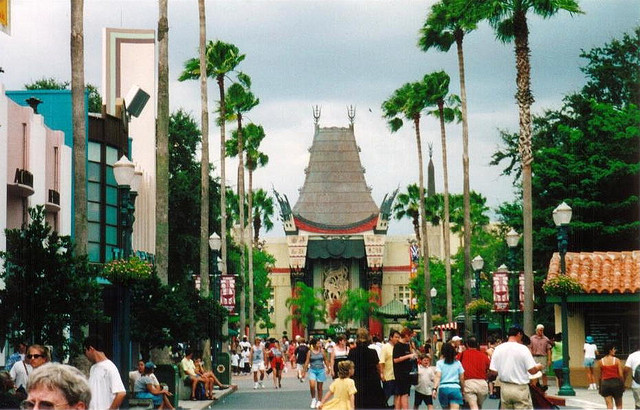 After Disney-MGM Studios had been open for 12 years, the Chinese Theater was shunned behind a big blue Sorcerer’s Hat. The new icon on its own is okay enough. It’s actually quite photogenic. In fact, it was the backdrop for the photo of the first time I hung out with my now stepson and knowing that the Hat is on its way out, we snapped a recent family photo as a special tribute. But the simple problem remains; the Hat interrupts the theming of the park’s main street. 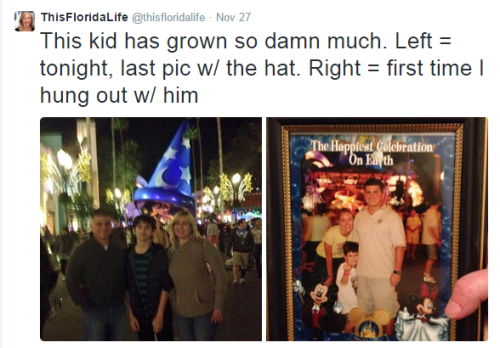 Many Disney guests and fans have never known Disney’s Hollywood Studios without the Sorcerer’s Hat. There are many theories as to why the Hat was added in 2001 (as part of the 100 Years of Magic Celebration which commemorated what would have been Walt Disney’s 100th birthday). Whatever the reasons, the placement of the Hat marked the devolution of Disney-MGM Studios as it slowly morphed into Disney’s Hollywood Studios. As new attractions were added the change was not so dramatic, but flash forward 10+ years later and suddenly the park doesn’t feel as cohesive or impressive anymore.

The removal of the Hat has of course sparked a passionate debate in social media. Those that are excited that the removal begins in just a few short days are very excited to say the least. But their excitement, and ultimately their hatred of the Sorcerer’s Hat, stems from a positive place, actually. It comes from hope. We, the Hat Haters, hope that Disney’s Hollywood Studios will soon become great again. With the recent closure of a handful attractions, all signs are showing that it is time for Disney’s Hollywood Studios to get lots of attention. And with the park’s closest rival, Universal Studios Florida opening the incredible Diagon Alley area, Disney definitely needs to do something big (pleeeease Star Wars Land!!) in order to gain back their market share.

So here’s to 2015 and hopefully a year of big news for Disney’s Hollywood Studios! I’d tip my hat to the Hat, but instead I think I’ll grab a drink at Brown Derby Lounge to toast it farewell. 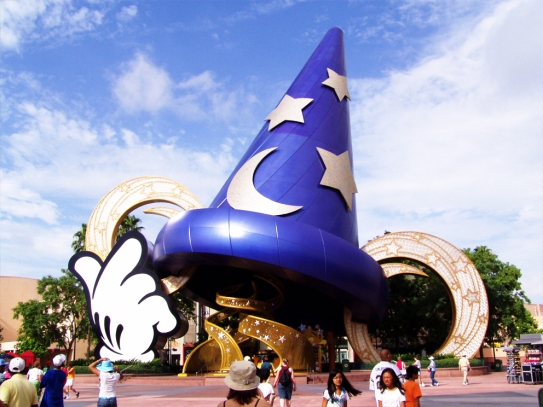