Let me preface the following with this: I am a casual Potterhead. I enjoy the movies, am currently reading the books, and love Hogsmeade Village of the Wizarding World of Harry Potter at Universal Orlando. So as an Annual Passholder, I decided it made sense for  me to pay a visit to the Harry Potter Celebration happening this weekend at Universal Orlando. It was nothing and everything I had imagined.

The festivities started on Friday evening. I could have gone, but I didn’t. Still fighting a cold I wanted to conserve my energy. I watched my Twitter feed on Friday night with a slight tinge of jealousy, but still enjoyed seeing the event’s kick off Harry Potter Talent Q&A session.

The next morning, Saturday, I could have easily woken up at the crack of dawn and been one of the first eager guests waiting at the gates of either Islands of Adventure, to get into the 10am session, or Universal Studios Florida to be one of the first people inside the Expo at Soundstage 33. But alas, I didn’t. I opted to sleep longer and attempt to fight off this cold. Sure, I panicked a little when I saw photos on Twitter on the hundreds of people there bright and early and the long stand by line that stretched well into Marvel Super Hero Island for the 10am session. But I resided myself to remember that I am not a major Potterhead, I am a relatively new fan, and it wasn’t worth it for me to deal with the crowds.

More importantly, even though I am an Annual Passholder, I could have shelled out the major cash to purchase a 3 night vacation package with tickets and on-site accommodations at one of the Loew’s Hotels. Side note: as a hotelier, I do admire the Universal Orlando Loew’s Hotels and wish I could write more about them. But I did not purchase one of those packages and I cannot be mad at the dedicated fans who did and were thus granted reserved seating to all of the sessions being held at the Toon Lagoon Theater and other special perks.

I spent the day with my husband and friends, we walked and walked and walked, but it was fun just soaking up the atmosphere and reveling in the day. My pals got there early in the day and made it to the Expo… twice, getting sorted by the sorting hat and all. My husband and I casually arrived around 11am and heading into Hogsmeade. I am a frequent Hog’s Head pub patron and decided to give into the buzz about warm butterbeer.

I have tried the frozen butterbeer before and found it bursting with butterscotch, too much for me. The warm butterbeer was milky, creamy, sweet, and frothy. Rather than a bombardment of butterscotch, an essence of baked goods like shortbread cookies lingered on my tongue. I loved it and even my picky husband seemed to enjoy it. Of course, a visit to Hog’s Head pub would not be complete for me without a pint of Guinness. This time in honor of the celebration I ordered a “Black Hog” which is a special pub drink of Hog’s Head brew (the brew found exclusively in Hog’s Head Pub) topped with Guinness.

We secured a spot just outside the pub and watched. It was simply delightful to watch the streets of Hogsmeade Village practically filled to the brim with guests in Hogwarts robes, scarves of their houses, hand made costumes, and other fanware. The rest of the park was practically empty during the first half of the day, so those visiting the park for the attractions were in luck.

After we caught up with our friends we headed over to the Toon Lagoon Theater to check on the wait for the 2pm session. When we arrived to the theater it was 12noon and there were already 100 or more people waiting…. two hours before showtime. Once again, we could have elected to wait and secure a seat for the 2pm show, but we didn’t. Instead we strolled through the park, chatting away and enjoying the atmosphere. Returning an hour later to find that we were now out of the luck and the 2pm show was already full. So be it, we made the choice, no one’s fault but our own.

We headed into Margaritaville for a little diversion and said “hi” to my pal JD Spradlin, of Radio Margaritaville. Then it was off to Universal Studios Florida. We could have gotten in line for the Expo, it was now 3pm, but my friends had already been there done that and my husband wasn’t too keen on the idea. So we strolled the park and headed to gaze upon Diagon Alley and catch a glimpse of Hogwarts Express.

I think it is brilliant how Universal has kept the Hogwarts Express train parked on the tracks very visible to park guests. As we came upon Diagon Alley, free from scaffolding, we peaked into the clever phone booth window built into the construction wall. We each gabbed on and on about what we had heard and read about this new area and what wonders it would behold. 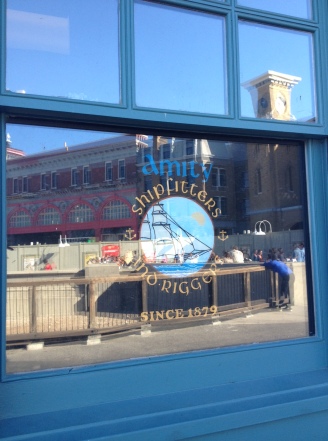 As the day neared its end I bid ado to my friends and headed back toward the Expo for my final attempt to get in. It was 5:00pm and the queue was massive, but I still had two hours to get in there before closing time. Alas, thirty minutes later I had barely budged and decided to depart the queue.

As I left the line I came across a group of guests that were berating the Universal Team Member who was kindly explaining that the Expo closed promptly at 7pm and they were getting ready to close off the queue since they knew anyone who entered at this point was not going to make it inside in time. I know these guests were disappointed but they were really giving the Team Member a hard time and I do not think that is fair. I hold myself responsible for the choices I make. I did not buy a Harry Potter Celebration vacation package. I did not wake up early and dedicate myself to the tasks. I made the choice to wait until 5pm to try and get into the Expo and it was the wrong choice.

Sure it is difficult to deal with the crowds and how long the lines are, but we are talking about Harry Potter fans. These are some of the most passionate, dedicated fans in the world. People traveled from all over the world to be here. The Harry Potter phenomenon is massive and shows no sign of slowing down. Besides this is not the first Harry Potter Celebration and I am sure it won’t be the last. While I understand the disappointment of the guests whose visit to the Harry Potter celebration is not what they had envisioned, let us remember that life is what we make of it.  Let us also remember the wise words of the J.K. Rowling via her character Albus Dumbledore, “It is our choices, Harry, that show what we truly are, far more than our abilities.”

P.S. – I ended the evening by joining Pottermore and took the sorting ceremony quiz very seriously, I was sorted into Hufflepuff to my initial disappointment, but now that I have learned more about my house, I am quite proud! 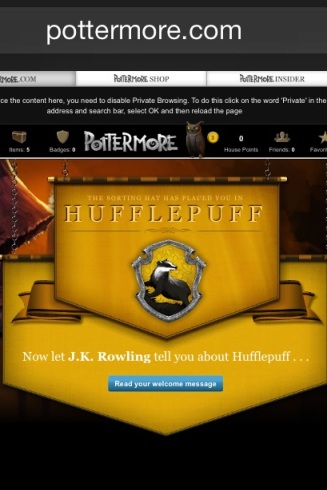